As another stop on her blog tour for her vampire romance, Winter’s Island, Lillian MacKenzie Rhine will be providing us with an excerpt and going over the behind-the-scenes for that particular scene, so without further ado, Winter’s Island… 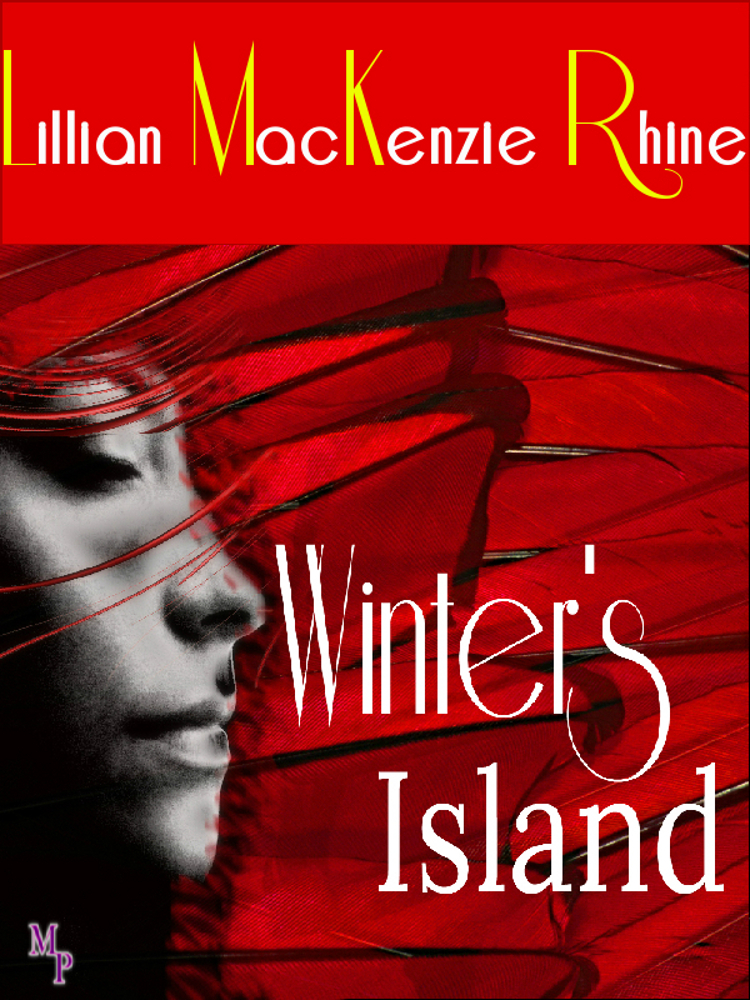 As Cay leaned back against the warm glass, she fanned her toes in the Phoenix sun. Her aunt remained silent with bated breath waiting on her niece’s response. “What is it Lulu? Is there an emergency or something? I can hear your wheels turning so spit it out.”

Lulu sighed, “Cay I have been calling you for days. Where are you?” Cay knew and loved her aunt dearly; she was her second mom. But Cay was a feather in the wind who hated to be flicked. “Lulu, I am in Phoenix if you must know my exact location.”

“Phoenix? Where in Phoenix?”

“On some dirt road getting inspired by the sunshine melanizing my pores.”

Another sigh, “Cay? Look, I know you do not like to be disturbed, but I have a request of you. I desperately need a favor.” A warm breeze kissed the peach sundress from the knees of the liberal woman. She found herself distracted, peeking at the spectrum of hues her perspiration beaded upon her breasts.

“About the request. Your cousin, Malcolm, is starting college a few weeks early this summer.”

Cay skated her fingertips across her mocha-dipped chest, creating designs like ribbons at play while her aunt muttered on about summer sessions and finances.

“Cay? Pay attention girl,” her aunt exhaled. “You definitely are your mother’s child.”

Cay winced at the mention of her being likened to her mother. Her aunt had a terrible habit of comparing the two. In Cay’s mind, she would never in her natural born life use substances that would alter her unchained presence to creativity. Before she could rebut the vicious comment, her aunt continued, “I’m sorry for the comparison. You know she was not all that bad Cay. She was an artist-.”

“Your request Lulu?” Cay muttered changing the subject, wanting to end the call that was getting out of control.

“Okay, okay, so Malcolm is heading to school in two weeks. The thing is he was accepted to the University of the Virgin Islands for the Marine Biology Program which is great. The problem is the resident facilities were over capacity. The administration took the initiative to reach out to some of the parents, providing information on alternative living arrangements. I was hoping you would be able to take time out of your schedule to accompany Malcolm to Saint Thomas until next school year where he will hopefully be able to live in the dorms.”

Cay sat up, drawing her heels into her rear. Her silken hazelnut locks were dampened from her misted brow. She pushed her newly cut, bob-length waves behind her lobes riddled with metaled piercings. A swirl of dust was serenading the wind in the distance depositing, wisps of heat cooling her exposed thighs as she reflected on the information received.

“University of the Virgin Islands? Where exactly would we be staying again?”

“So I am hoping that is a yes? As far as the location, a liaison from the campus will meet you two at the airport to present your accommodations. You know your cousin loves you and is looking forward to you joining him. Plus, I know you will look after my baby.”

“My car? What about my Camry and my materials?” Cay questioned rubbing on the automobile for effect.

“Just make your way back home and we will talk over the details. Oh, and Cay, thank you for this.”

“Okay Lulu. Give me a day or so to reach Los Angeles.”

Her aunt agreed to the estimated time of her arrival and they disconnected the line. Cay laid her phone down on the weather-worn hood. She fingered the metal curling her lips in a grin. To Cay, her car was her first and only love. She sold a lot of meaningful artwork at low rates in order to buy her Camry from a small family five years prior. Her baby had seen a lot of horizons and sunsets since their union. Cay felt so attached to her car that she refused to let any filthy mechanic molest her mobile companion consequently making her a self-proclaimed grease monkey, willing to get oily to make her baby healthy again.

With the realization that she needed to get on the road to L.A. soon, she slumped over, resting her head on her knees already exhausted from the trek. “Phoenix, you are a hot son of a bitch. But it’s been real. Time to venture from the desert to the tropics.”

I wanted to encompass who Cay was as a person and what she represented in the story in this first scene of the book. She is sitting on the hood of her car in the desert with nothing around for miles. This represents what was going on in her head at the moment. She could not be at a crossroads because there was no real defining meaning to who she was outside of being an artist and loving her car hence a desert with no life, no trees, just random spurts of wind.

I also wanted to touch on her physical looks of course. Her appearance and styling of clothes was important to me as well. She embodied the look of any female video game heroine to me with the skirts, tanks, combat boots or no shoes at all.

Cay loves her aunt for raising her when her mother died, but she becomes easily annoyed with her aunt’s persistent worrying, so I portrayed that in the phone call. When I first started writing this piece, I knew my setting was going to be in Saint Thomas, USVI yet I wanted my main character to be from stateside. That is pretty much the planning I put into the piece setting out; so adding in the part about the cousin and schooling in Saint Thomas was very much in the moment of the story. With her not wanting to return home until she found herself, I needed for her to have a strong connection to her cousin because nothing would move her off of that car in the desert of her mind.

I ended out the scene with her thinking of the adoration she had for the only possession that she acquired for herself being her car, then a little bit of last minute snarkiness does not hurt anyone. Overall, I wanted to use this particular scene to define my main character, show where she came from, and reveal that she had no clue where she was going to end…which is true.

If you want to see where Cay Winters ends up, read the lethal vampire romance of Winter’s Island by Lillian MacKenzie Rhine. The links are found below for Amazon. To catch up on her other works, check out her blog and Facebook page.