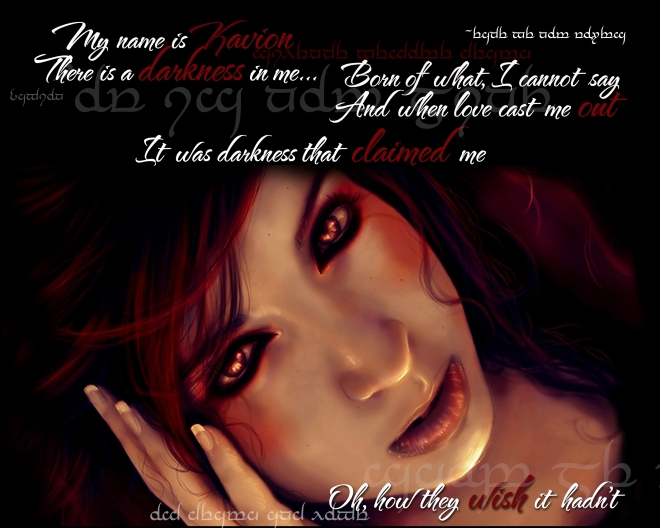 I do not know when I looked up one day and realized there was a character, trapped in the abyss, screaming my name, and clawing at my brain to let her out. A child, born ill-fated, tossed aside, and given every opportunity for light to turn away from her. Even I had done the same. Because it had been a time since I had put quill to paper and thought that Fantasy was still a genre that I could immerse myself. And why would I try? I’m thirty books strong, and only two, my first two, were of the pure Fantasy focus, though I must say romantic elements abounded.

I did not write the typical Fantasy, but my characters had their own language, races, pantheon, and world. Baile, my first novel featured an alternate Earth, with nothing but similar land masses making a connection. I taught the world that a high-prized whore was a fierce mother and a force to be reckoned with as she clawed her way to her rightful place as queen, and saved her children at the same time. In Stolen Warrior, my second novel, blended a touch of Sci-Fi, since one could go to other worlds, but once on the world of choice, the idea of Intergalactic Federations and Light Sabers were but a figment of some mad author’s imagination. No, instead, I told a story of women fighting in an ancient coliseum, with only the life expectancy of a few months, at most.

And now, I find myself creating a new world, and a new pantheon of Gods and Goddess, and a new world, Altvaria. But I do not care so much for the Royal Court of the Closing Fist. Or even the Princess of the Blood who know their place with the throne is assure. I don’t truly think of the Princesses of the Blood either, save the bastard Casia, who is denied her title simply because her mother used her birth to gain a marriage to the King, at the sacrifice of her daughter. She I care about. I care about Voltira, the King’s Mage, and true ruler of the Closing Fist, as she controls the King every step of he way, and finds herself threatened by a castout child, who was aptly born of the House of Avarice, the House that Voltira rules.

But who I love? The one my heart shatters into a million pieces for?

Kavion. Faultless child, born of a weak mother, who’s neck would have been snapped, had but her mother been alone at her birthing. A child who was born within the House of Leviathan, but meant for the House of Avarice, the first and strongest House. She, the child who wanted nothing but a mother’s love, but grew up without it, and learned to only trust herself. This child who grew up under the tutelage of the King’s Mage who feared that she could take her place.

So, world, I’m writing Fantasy novel, and I’m nervous, excited, terrified, and saddened by my character.